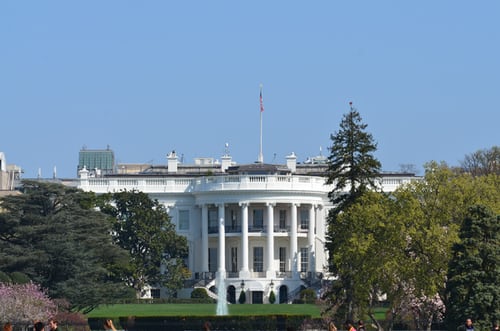 Recently, I was watching the movie The Butler,  a 2013 film inspired by Cecil Gaines, played by Forest Whitaker, a sharecropper’s son and a slave who goes on to become the longest-standing butler at the White House.

While waiting at the White House to meet the newly inaugurated president, Cecil recounts his life story and the moment a slave owner shot his father in front of him as a child, causing him to run away. An elderly master servant then takes pity on him, gives him a job, and becomes his mentor. Time passes as we see Cecil grow older and more skilled, before he takes his place at the White House during Eisenhower’s administration.

During the years that follow, Cecil serves eight U.S. Presidents and we get to witness how the civil rights movement, Vietnam, and other major events affect his life, family, and American society.

What I found interesting is the way Cecil understands how he must switch between the way he speaks with his friends in the kitchen and his family at home, and the way he interacts with the president—speaking differently, keeping to the sidelines, and doing his utmost not to be seen. Meanwhile, his son, a Black Panther member, berates him for working where he does as he works at the grassroots level to further the civil rights movement in pursuit of equality. Cecil doesn’t get it and tells him, “You need to get a job and go do something with your life.”

It made me wonder, what can we do to ensure people show up fully, as themselves, at work?

What can we do within our organizations to create a culture where people don’t feel like they have to show one face and hide the other, and where they don’t have to code-switch in order to make people feel comfortable—whether they’re a person of color, a member of the LGBTQ+ community, disabled, or somebody else?

How can we ensure that our colleagues can show up as their true selves at work, without having to pretend to be someone they’re not?

That’s actually something I talk about in my upcoming book, The Art of Caring Leadership (April 2021).

After reading thousands of employee engagement survey comments, I discovered how common it is for employees not to feel safe to express their true thoughts, or ideas that might seem counter to the mainstream, or things that might expose them to attack. No wonder why so many cover and hide their true selves at work.

To counteract this, the caring leader makes sure to create safe spaces, free of judgment, and to have conversations where employees can feel psychologically safe—without being subjected to microaggressions, which have been described as ‘death by a thousand cuts’ by those who have been traumatized by them.

Beyond that, the caring leader can also host open discussions about diversity, equity, inclusion, and belonging, facilitating roundtable discussions and creating cross-culture teams to solve the organization’s biggest challenges.

By supporting people to be their full selves at work and celebrating differences, the caring leader sends a clear message: You belong here.