3 ways to help others truly feel seen and heard. 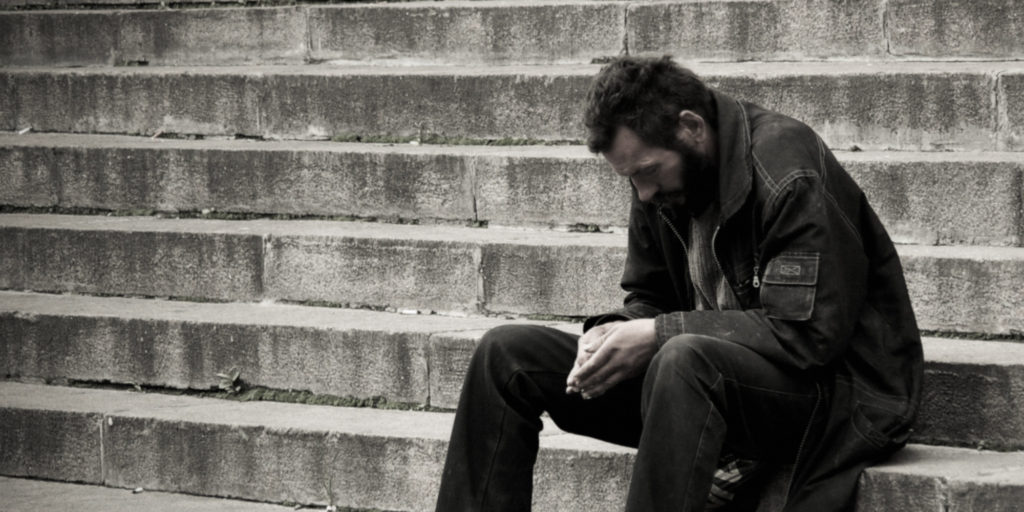 Last night, I attended a fundraising event for an organization with a primary mission of ministering to the homeless. Every year, it is a powerful event, especially because those who do the ministering are freshmen in college. Many have never even left their small towns across America, let alone, encountered the homeless in such intimate ways.

We sat at a table with a 19-year-old who was a new missionary, but obviously felt compelled to do the work she was doing. She took off her second year of college to have these encounters. As she told her personal story about how she landed in this position, I was inspired.

As a part of the evening, they pulled at our heart strings by showing us a video revealing the many faces on the streets and telling stories of brokenness, friendship and redemption. At one point, our entire table was in tears as one of the missionaries asked us to imagine being homeless. He asked us to imagine feeling invisible and ignored. He delicately walked us through the journey.

Another missionary told a story of a homeless gentleman who started off very distant and disengaged every time she would try to speak with him, but over time he softened. When they first met, she would see him on a street in the area she would walk most days and call out to him. Sometimes he would engage; sometimes he would not engage. After some months of visiting him and just listening and talking to him, he would go out of his way to call to her and engage with her when he saw her out.

Their relationship deepened. Often, we think homeless people are homeless just because they don’t have a place to live, but there are other reasons. This missionary recounted many reasons why someone might be on the streets. This gentleman was a product of drug-addicted parents and then subsequently adopted by two people who later divorced. He felt lost. He did not have a north star. There was no one and nowhere to go to.

What hit me hardest were the words his attending missionary used. She spoke of meeting him in his brokenness. Not trying to be there to “fix” him, but just to let him know that she was there to listen to him and that he was seen. She said, “By going deeper and showing my awkwardness and discomfort with engaging a new person in this strange place, I showed him how much I loved and cared for him.” She continued, “Our hearts change by interacting with them. We receive more than what we give.”

This resonated with me so much, because of the work that I do to help organizational leaders listen to the voices of their people. While in most cases, the employees aren’t homeless like the gentleman I described above, they are often broken.

We are all broken.

It is innate in all of us to want to be seen and heard. Below are a few of my takeaways to help any of us see and hear others better.

Meet them where they are.

I have been a successful leader of teams, because I met my people in their brokenness and humanity. Right at the start of our relationship, I would set-up one-on-one meetings with my people to give them an opportunity to address any concerns, ask questions, or receive my personal words of praise.

What I did not do is talk over them or above them, share only things pertinent to me, or rush them to the end of our time together. I sat with them. I was with them as a fellow human being not just as their manager.

Oftentimes, at home or at work, we think we are listening to the people we work with and care about, but we are just “hearing” them. This is different than truly listening to them. As someone who wants to leave a positive mark and impression, I seek to listen, attentively, to what people are saying and what they may be purposefully deleting from our conversation.

While I may hear them, I am intentionally listening to them. This may mean that I ask many questions to clarify my understanding. This may mean that I give them consistent eye contact. Nonetheless, I am casting aside my need to respond to them. Instead, I act like I am an explorer who is exploring an unknown land, and I remain engaged and curious while they pour themselves out in any way they need.

One of the most powerful realizations from the missionary’s experience above is that people often don’t want us to “fix” or “solve” a problem for them. Most times, people come to us in their brokenness, and they just need an ear. They long to form relationships with people interested enough to give them their undivided attention.

In a world that focuses on innovation and action, there are many cases that cannot be fixed. There are many times where people for whom we care don’t need a solution from us. Sometimes, just being seen and heard is all that we need to give. This is true as leaders of teams, as leaders of households and as leaders in the community.

In the end, my experience listening to these missionary’s stories of courage, selflessness, friendship and brokenness inspired me to see and hear others more profoundly than I have before. I certainly hope that it inspires you to do the same.